While researching a topic for my website, something to help the white survive in South Africa, I came across a video of Jan Lamprecht. He claims to be exposing the Suidlanders and its leadership. It is titled ” My extremely angry Boer letter to Simon Roche of the Suidlanders” – A Rebuttal is definitely required to this apparent bigot.

Jan’s Message In A Nutshell

The headline has 2 elements of truth in it:-

The rest of his rant was just that, a rant and I am not sure that it was as a result of his mistrust of Simon or his bitterness and feelings of uselessness that he felt at losing his 10 YouTube channels and was now taking his frustrations out at the nearest target.

He essentially rants about :

In the entire video, all I heard is ranting and complaints and efforts to breakdown anything anyone was trying to do. He blames, Mandela, The British and the Jews for all the problems everywhere and does not provide any solution other than stand and fight. He fails to elude as to who controls this, how we should fight or when we must fight.

In fact, some of his comments were very inciting. He advocates

I am going to start this paragraph with something that is always dangerous, an opinion. My Opinion and that is that everybody has their bitter moment, this I doubt anyone can deny but, in my opinion, entering a public platform and making public statements in that frame of mind does nobody any good. It damages your reputation and that of your business, cause or movement.

As for Twisted and Bigoted, well, history is full of such characters that have done the world no good. When your comments about other races or religions etc are on perception and personal opinion, the comments are no longer factual but lean more towards bigotry and hate, for which there is no place when you are trying to solve critical problems, or in fact, when you are trying to deal with any issue. Why do people never state the contact details of thier sources?

Now, I am not one that does not appreciate criticism but, It should be constructive. I was always taught to “not come with just the problem”, but to come with the problem and a suggested solution.

In fact, I am a very strong believer in criticising everything if I have a solution to the problem. Now, there is a difference between criticising and pointing out something that you believe could be a problem and ranting is definitely destructive criticism and not just pointing out a problem. Especially when the ranting is opinion based. Where are the sources of your information and what are the solutions?

Simply saying “Excretion is a problem so you must stop eating” just posses a new problem. Deal with the original problem practically, without causing new problems.

I definitely have no problem with former Rhodesian s so please don’t take offense to what I am about to say. It is definitely directed to just Jan and like-minded cronies.

He claims to be unhappy because Suidlanders advocate defeatism, surrender and fleeing which is not what Suidlanders is about. Jan insists that we should stand and fight and die if necessary. I find this very strange. Where is Jan living now? Did he save Rhodesia? No He now lives in South Africa while his country no longer exists. Did he stand and fight?

Any person who has any military training, and a lot who do not have military training, will tell you to choose your battles. Place and time are critical. So I have a Question for Jan. If we do as he advocates and engage all conflicts with other nations in this country, how long will we last if all they need to do is antagonise us and get us to engage and then they can arrest and incarcerate us?

Surely, if his “stand and fight at every confrontation” worked, Rhodesia would still exist and He would not be living in 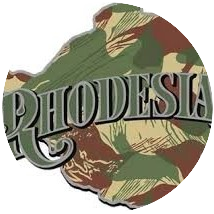 South Africa? My apologies to all the Rhodesians living in SA. My aim was not to attack you but to drive a point home to Jan. My Point is, Circumstances often dictate the actions and you have to follow the requirements that the circumstances dictate, or perish.

One of the most serious situations that we face is ESCOM! We have all felt the effects of rolling blackouts and breakdowns in supply. Just recently it was stated that if Eskom did not get a cash injection we would return to rolling blackouts or run the risk of a complete breakdown in the system Nationally.

If that happens, it will take months to restore power. In the interim:-

The Boer has always been a peace loving law-abiding nation. Do we fight? Hell yes! Just stand on our toes and see.

I have laid out my argument against Jan’s Rant but a lot of you have probably not seen the video so I embed the video( and another where he attacks SL) for you to watch and form your own opinion.

Videos Here ( updated 3/3/2019, unfortunately, they have now been removed)

Now just to allay your suspicions, Yes I am a Suidlander. I have attended 3 meetings over the last 4 months to try to learn more about them and what they stand for. I have never joined a political party, nor do I participate in such rallies etc. so I wanted to know who they are before becoming actively involved.

Watching Jan’s video has made me ponder this subject for a while and I have taken a new-look at Suidlanders. What I found is this:-

The Alternative – Where Or What Is It

The Suidlanders is not the only organisation trying to look after the interests of the Whites, whom we believe will possibly be on the receiving end of a racial civil war. There are a lot of organisations that are dealing with the current problems of the white population of South Africa, but Suidlanders deals with the problems that whites will experience if and when civil war or widespread unrest break out or even when Eskom fails.

I do not know of others that are attempting to deal with these issues. As such, I will ask what are the alternative options? Jan is scared that the top structure might have been infiltrated. A concern indeed, not that I believe that this is true. But, for argument’s sake, let us say that could happen. There are not only two people, in the top structure, that make the decisions. There is a delegation of power and, how many people have now learned what to plan for, how to plan and organise?

Should the unlikely happen, and the organisation be infiltrated, when it is discovered, and it will be discovered, the structure is such that the whole organisation can break up into micro groups to continue planning and preparing.

Currently, there is no alternative to Suidlanders and what the people are learning through the Suidlander will empower them to proceed in most circumstances.

The aim of this post was to put Jan’s rant in perspective. I have never met Jan and am only answering his views that he made public on his video. I believe that, instead of breaking each other down, we should engage and try to build a better system for all our people. I personally believe that Suidlanders is meeting its aim reasonable well, i.e. to provide for the needs of the people in the event that they have to flee to another venue, one which they can defend and develop.

If you have any views regarding this post or anything stated in it, please leave your comments, or suggestions, in the comment box below.

Any comment that incites hate speech, is racist or bigoted will be deleted. Our aim is to build and teach, not break and destroy.

Unfortunately, jan’s video was removed so my links to his comments are no longer active.

What Is Happening In South Africa?